Rocks and Spaceworms is my first published game, it's available on Google Play!

The aim of the game is to destroy space rocks and the dangerous spaceworms that may lie within! With 100 levels of increasing difficulty it's tougher than it looks! 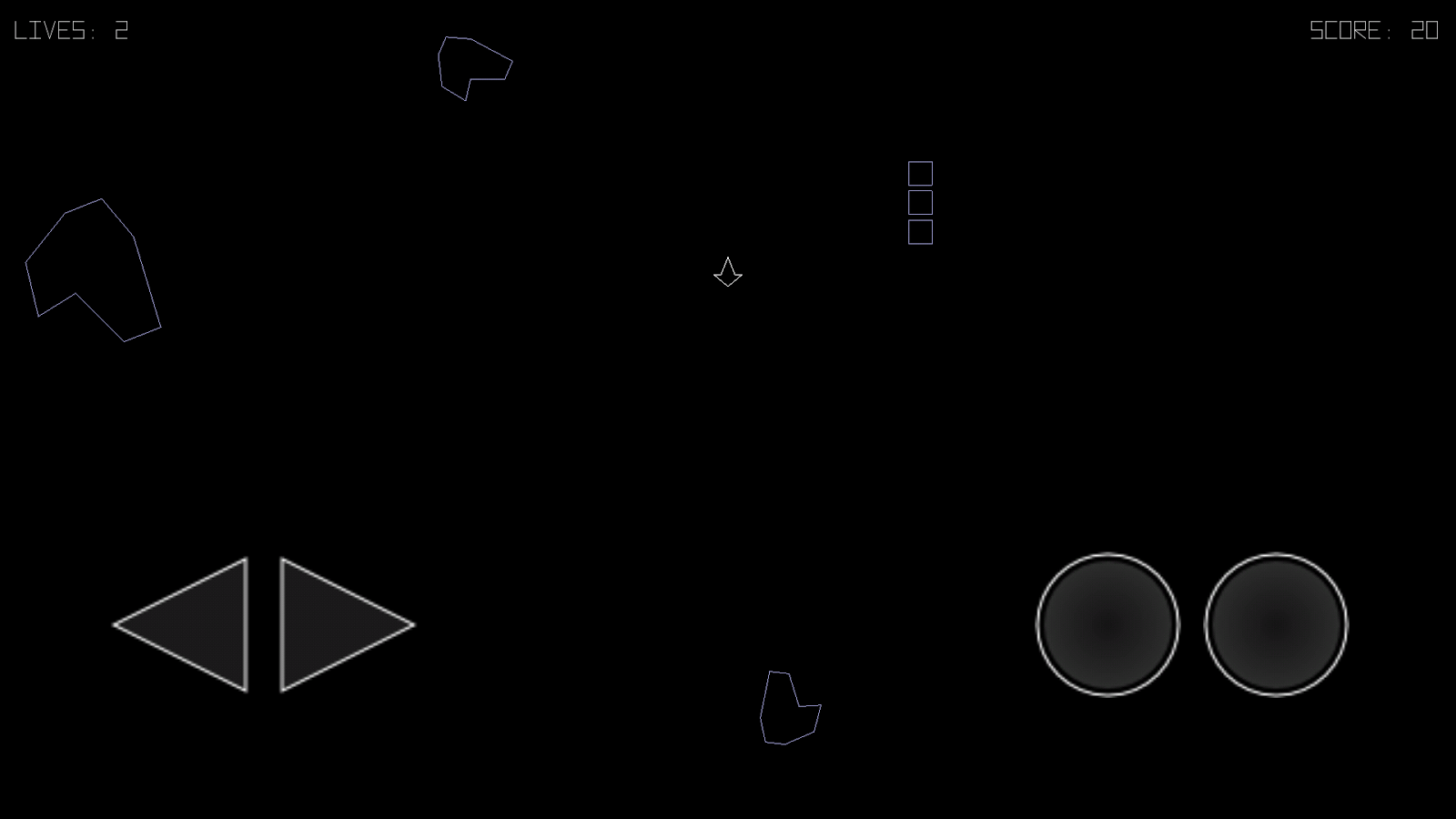 Rocks & Spaceworms is my first published game and first Android application. It is effectively a proving ground for my homebrew game engine.  The game engine is written in C++ and designed to be cross platform (although at the moment only Linux and Android are supported).

Although the game looks very simple (due to the retro vector style), the engine powering it can do much more.

Porting the game engine to Android presented a number of hurdles. The engine had to be ported to SDL 2.0, then backported from OpenGL 3.x to GLES 2.x. Every dependency had to be either factored out, or compiled for Android via the NDK (which is a lot trickier than it sounds). I had to implement an onscreen gamepad, and in turn had to implement multi-touch support in libRocket (which is used for rendering UI elements).

All the while I refactored parts of the engine, simplified the API, and fixed numerous bugs in my other homebrew game libraries (e.g kazmath, kaztest, kazbase). I also added new features, for example, I hadn't implemented particle systems until I required them for the explosions, at which point I implemented a particle system with a scriptable file format.

My next game is already being designed, and it'll be visually very different, although with a similar theme. Hopefully now the hard work has been done, and next time things will be much easier (and faster!).